Are gun safes be required by law? This is an important question every person who owns a firearm should ask themselves. Gun ownership comes with a huge responsibility, and it's our duty to make sure that accidents don't happen.

Aside from what state or federal law might require, if you are like me, I also believe this to be a matter of common sense. A negligently stored firearm is irresponsible, because best case guns stolen from your possession are an embarrassment and loss, and worse case unsecured guns can lead to accidents or gun violence. I might seem like I'm on a soap-box but let's prevent gun violence, keep our families safe. All it takes is a small investment in safe storage starting with at least a trigger lock.

How To Choose a Home Safe

The type of gun safety you need depends on where it will be stored; how many people live in the home; what gun(s) you own, etc. If you have a gun that is worth several thousand dollars and want to keep it at your business or an apartment complex with shared space, then you may need a high-security gun safe for extra protection.

Which US states have gun safe storage laws?

Massachusetts is the only state that generally requires gun safes, but there are other places where gun owners need to use firearm locking devices. California, Connecticut, and New York City impose similar requirements in certain situations.  Check local resources to confirm any laws that apply to your area. 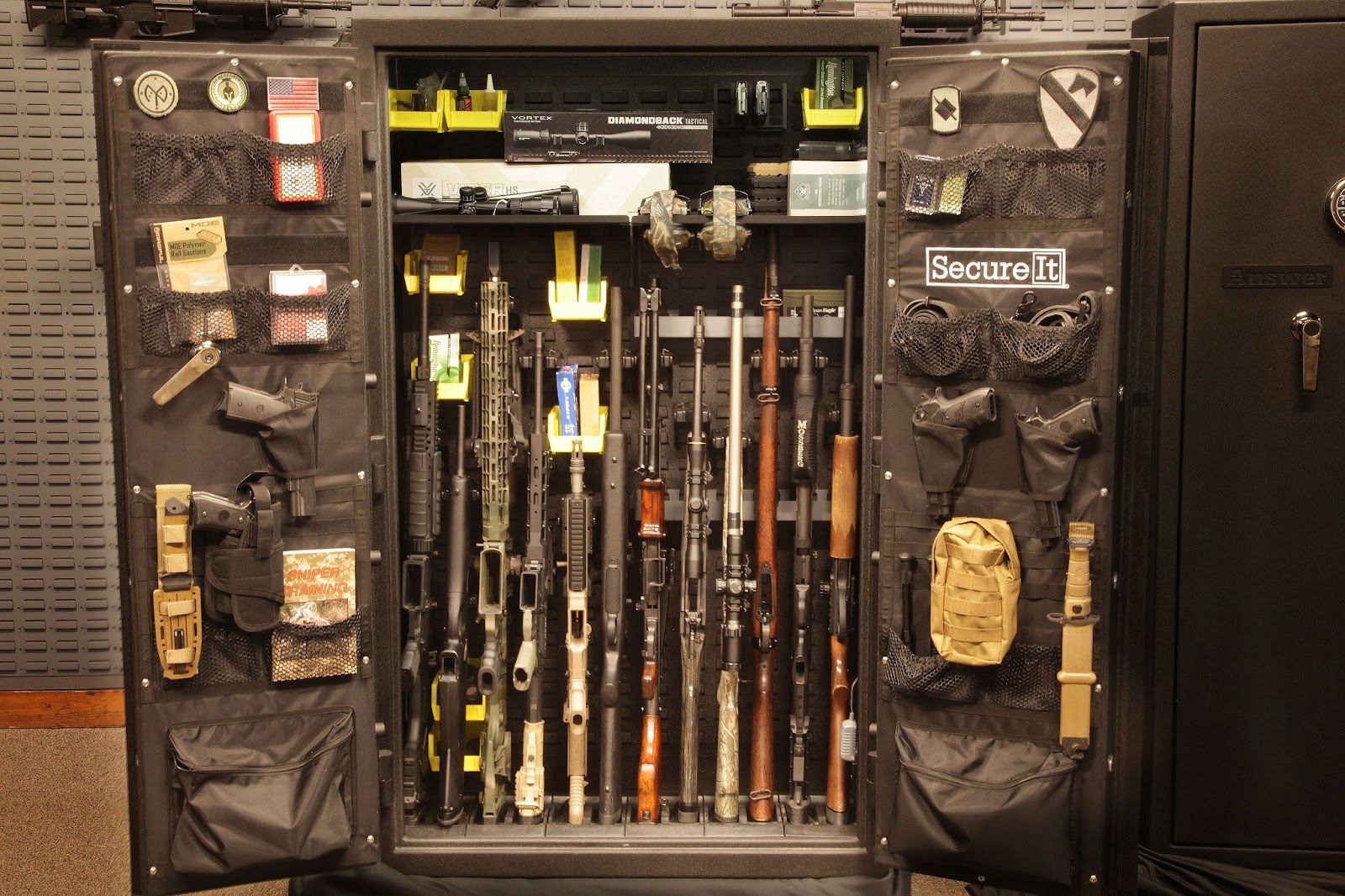 California is one of many states with specific firearm laws. The California Penal Code's definition of a "gun safe" has led to some confusion about what exactly it entails and whether or not California requires the use of them. According to California law, most guns must be stored unloaded in locked containers that cannot easily break into or stolen from when they're being stored outside the home (e.g., cars). This means that any locked container will do just fine as long as it meets these requirements for safe storage law. It doesn't have to specifically be a "gun safe".

California state law makes it a crime for gun owners to:

Texas law does not require a locking device to go with the sale of a firearm (although federal law applies). Texas law also does not require firearm owners to securely lock or store their weapons to prevent unauthorized access.

Gun dealers in New York are required to transfer a locking device with each firearm and include a warning label.

New York law addresses improperly stored firearms and requires locking a gun in a safe storage depository. This is defined as a container that is incapable of being unlocked without a key or combination lock, or use of a trigger lock when not carried or under the immediate possession or control of gun owners if the owner:

Anyone selling a handgun must equip the handgun with a reusable trigger lock or gun locking device constructed of material sufficiently strong to prevent it from being easily disabled. The lock must also have a mechanism accessible by key or electronic or mechanical accessory specific to the device to prevent unauthorized removal. Federal law also applies. Handgun sellers must also provide the purchaser with a written warning stating that unlawful storage of a firearm may result in imprisonment or a fine. 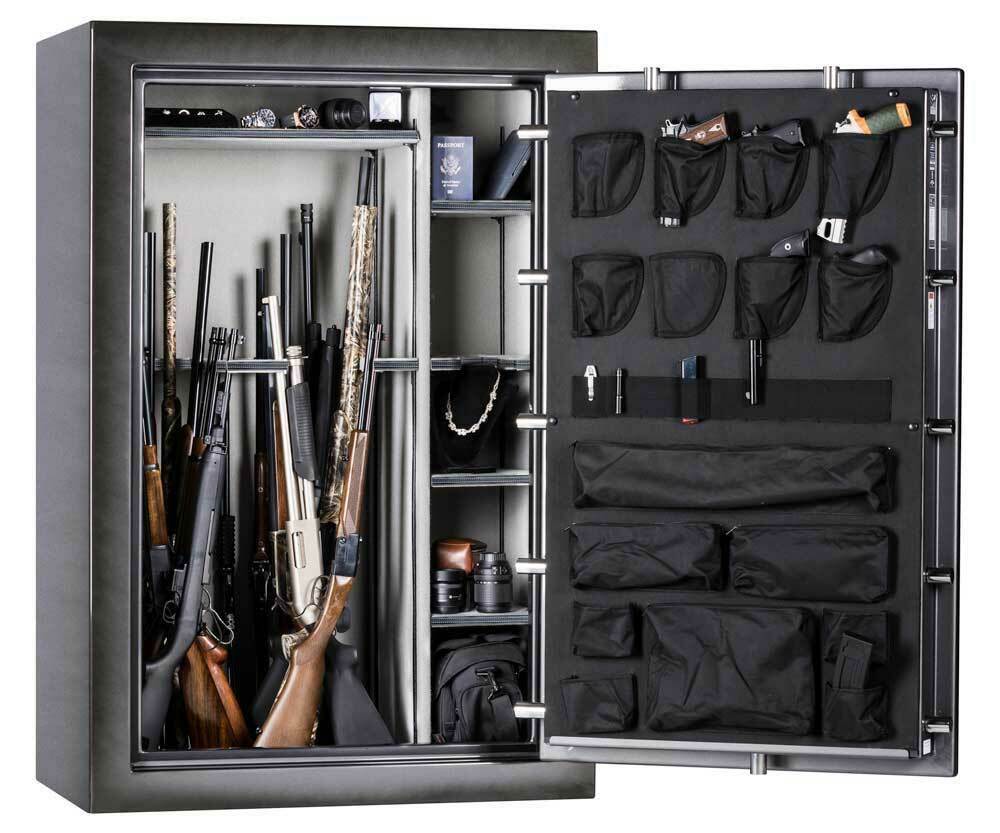 What are the penalties for gun owners for breaking the law?

Gun owners can also be charged with the more serious versions of California's gun storage law if they keep a loaded gun on their property and that person gets access to it.  As with minors, it's a first-degree offense if the person kills or seriously hurts someone as a result, and a second-degree offense if the person causes a less serious injury, carries the gun in public, displays it in a threatening way, or uses it in a fight. (Cal. Penal Code § 25100(a), (b) (2019).)

What kind of gun safety do I need?

This really depends on your situation: whether you're storing guns at home or outside the house; how many children live with you; etc. Gun locks can provide protection from unauthorized access by those who should not handle firearms. A gun locking device creates an additional layer of security for weapons inside one's own homes as well as when they're being stored in vehicles or traveling.

Why do people buy gun safes?

Gun safes are typically used to safely store one gun at a time. They can be made of various materials and come in many shapes and sizes, but they all serve the same purpose: keeping firearms away from children or those who should not gain access to them (e.g., burglars).

Some gun owners purchase gun safes for both home protection to avoid stolen firearms as well as personal property protection while traveling via car or plane. Gun trigger locks provide an additional layer of security when you're transporting your guns between these two locations by using lockboxes that prevent unauthorized users from having to use complicated combinations

How much are gun safes?

The cost varies depending on size and what type of gun is safe, and the level of protection you need.  Prices range from a simple, one handgun safe for under $200 to over $5,000 for a fireproof, burglary-proof, freestanding safe that will store a mix of handguns and long guns. 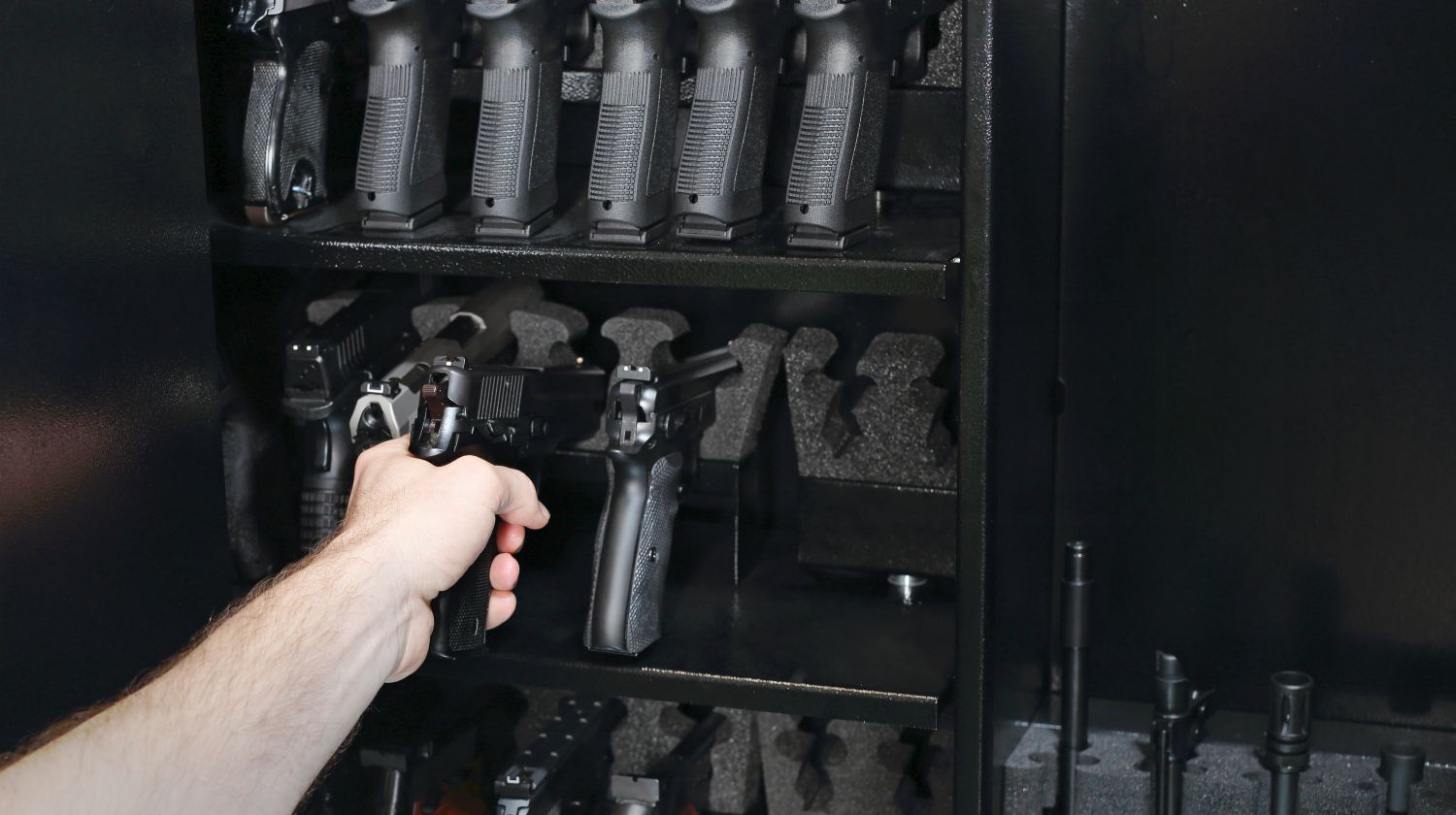 Safety is the number one priority for any gun owner. If you have a firearm, it’s important to take every measure possible to ensure that accidents do not happen in your home. We hope this blog post has helped educate others about how they can improve their own personal safety around guns while also improving public awareness of some common misconceptions about them too!